Nationwide permits provide a streamlined process for the Corps to authorize activities under Section 404 of the Clean Water Act and/or Section 10 of the Rivers and Harbors Act of 1899 that have no more than minimal individual and cumulative adverse environmental effects. NWPs expire every five years, and the Corps typically reissues the permits on a five-year cycle.

In total, this final rule reissues twelve existing NWPs (most being revised to remove a 300-foot limit for losses to stream bed), issues four new NWPs (two utility line NWPs split from NWP 12, and two new NWPs for seaweed and finfish mariculture activities) and revises the general conditions and definitions that apply to these 16 permits. The rule does not affect the other 40 existing NWPs last reissued in 2017, nor does it change the conditions or definitions that apply to remaining NWPs.

The existing NWP 12 authorizes eligible discharges of dredged or fill material into waters of the United States in connection with the construction, maintenance, repair, and removal of utility lines, including oil and gas pipelines, water and sewer pipes, and electric, internet, and cable lines. The final rule splits the previous NWP 12 into three new permits:

The Corps also reduced the number of conditions that trigger the need for filing a pre-construction notification (PCN) prior to commencing construction activities pursuant to NWP 12. A PCN continues to be required where the Endangered Species Act (“ESA”) or the National Historic Preservation Act is potentially impacted, but a PCN is now also required for NWP 12 for all oil and gas pipelines which extend beyond 250 miles in total length, regardless of impacts.

NWP 12 has been the subject of much litigation and was repeatedly a subject of news in 2020. In April, the U.S. District Court for the District of Montana vacated NWP 12 due to the Corps’ failure to conduct a required consultation under section 7 of the Endangered Species Act (“ESA”); the next month, the vacatur was narrowed to just oil and gas pipeline projects.  In July 2020, the U.S. Supreme Court further limited the ruling to just the Keystone XL Pipeline.

One of the Corps’ stated goals of this final rule is to “help enhance regulatory certainty for utility line sectors that are not a frequent target for litigation.” The goal may be achievable for new NWP 57 and 58, but critical assessments of the revisions to the remaining oil & gas portion of NWP 12 suggest it will continue to be a subject of repeated legal challenges.

Kevin C. Murphy is a member of the Wladis Law Firm, P.C., located in Syracuse, New York, and is listed in The Best Lawyers in America. If you have issues or concerns with environmental law issues from nationwide permits to the redevelopment of environmentally impacted properties or federal or state enforcement concerns, please contact Mr. Murphy or Attorney Timothy Lambrecht of our office. 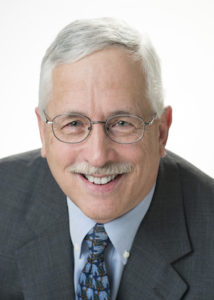 Kevin C. Murphy concentrates his practice in the areas of environmental compliance and litigation; environmental and white-collar criminal defense, and complex litigation matters. Mr. Murphy is a graduate of the University of Virginia School of Law and a former senior trial attorney with both the Kings County (NY) District Attorney’s office and the U.S. Department of Justice Environmental Crimes Section in Washington, D.C. He previously taught a seminar on environmental criminal enforcement at the Syracuse University School of Law and has been listed in The Best Lawyers in America.