On August 16, 2022, President Biden signed the Inflation Reduction Act into law.  The Act, which took the better part of a year and a half to negotiate, targets a number of issues, including climate change.  Its sweeping plans to tackle climate change—which include including almost $370 billion in spending on climate change and clean-energy production—are what we talk about here.

The aim of the climate change portion of the Act is to lower greenhouse gas emissions, which are the main driver behind the greenhouse effect and climate change.  According to the bill’s authors, the $370 billion in government funding may reduce in emissions in the U.S. by as much 40% by 2030.  This reduction will be achieved through economic incentives for companies to produce renewable energy and changes in the way Americans use and consume energy.

The Act targets spending in a number of areas to help reduce carbon emissions, create a market for cleaner energy products, create incentives for businesses to adopt clean energy solutions, and help American consumers create cleaner energy households.  It offers households billions of dollars in incentives—rebates, tax credits and grants—to promote energy-efficient appliances and EVs, and billions to companies to spur new investments in wind and solar power to significantly increase clean electricity-generating capacity over the next few years.  Its chief goals are:

Here, the Act focuses on a micro-level on American consumers and households through various economic incentives to get them adopt cleaner and more efficient household energy use practices and EVs.  These incentives include:

●          Energy security and economic help in transitioning to a clean economy.

The Act also invests in clean energy manufacturing and aims to bring down the cost of clean energy and EVs.  It provides:

The Act also addresses disadvantaged and rural communities to ensure that they will participate in the transition to a cleaner economy through targeted grants (e.g., $3 billion in Neighborhood Access and Equity Grants) and funded initiatives (e.g., $20 billion to support climate-smart agriculture practices).

The Act has not been without its critics.  It was a scaled down portion of a much larger climate change initiative advocated by some Democrats last year—the Build Back Better bill had around $550 billion in energy and climate investments, or about $180 billion more than this one—and it narrowly passed the House and Senate without any Republican support.  Still, to date, the Act is the most consequential climate change legislation this country has adopted. 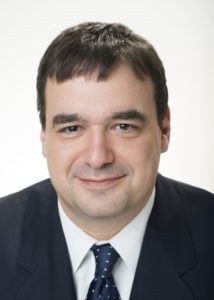